Getting Started with Cisco SD-Access

This emerging approach has the potential to dramatically simplify rapidly evolving network environments. 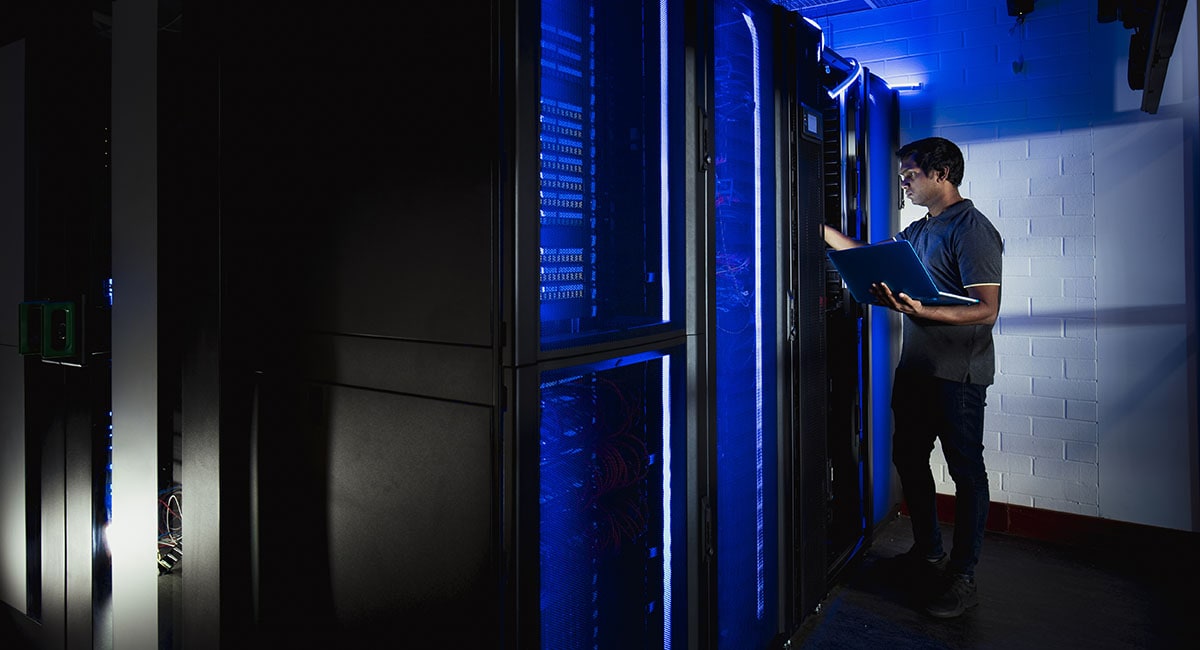 Across industries, IT networks are becoming more complex.

The number of users, the number of devices and the amount of bandwidth being consumed are all growing at exponential rates. But resources dedicated to the network largely remain flat. At some point, something has to give.

Learn how CDW can help you improve your network management.

IT departments can’t win this battle by working harder or hiring an extra network administrator or two. Eventually, it may become impossible to effectively manage networks using traditional, manual processes. The only way to battle complexity is with the simplicity offered by features such as automation and orchestration.

This is where software-defined approaches to networking come in. Particularly, the software-defined access approach pioneered by Cisco Systems (SD-Access, or SDA) can simplify network deployment and management, freeing up more time for IT departments to focus on strategic projects.

Reducing the Burden on IT Staff

Around 95 percent of networks today are configured manually. Because most engineers don’t build networks every day, they often have to relearn processes every time something goes wrong, struggling to conjure the correct syntax and command lines for their network devices. It’s almost like trying to speak a foreign language; unless you use it every day, you’re likely to be rusty when you’re called upon to speak it.

I like to compare SD-Access to a Windows operating system, whereas traditional networking approaches are more akin to Linux. Sure, Linux is cost-effective, and someone with the right expertise can use it to great effect. But when it’s time to troubleshoot, things can get complicated. If you’re not the person who built the platform, you’ll have to spend a great deal of time backtracking and figuring out how it was put together in the first place. By contrast, the standardization of Windows means that troubleshooting is a repeatable process.

SD-Access uses software to push out prevalidated configurations to network devices. Rather than requiring network administrators to build out their networks themselves, the technology leverages industry best practices. As a result, the processes of building and maintaining a network are drastically simplified. Standing up a network device might take an hour or two using traditional methods, while SD-Access can reduce this process to mere minutes.

Additionally, many of the more mundane tasks associated with network management become automated using an SD-Access approach. Network administrators can define how they expect their network to function at a policy level, without needing to worry about the deployment details.

SD-Access fundamentally changes the strategy of enterprise networking; therefore, it can’t be taken lightly. The approach requires complete trust on the part of network administrators that the solution will do what it needs to do via automated processes after they enter configuration details into the GUI.

While this level of trust may take a while to develop, the technology is ready. Typically, we recommend starting with a pilot to evaluate performance and user impact at a low-risk, easily supported site capable of handling minor interruptions. By identifying a potential location, along with the necessary hardware, software and configurations to support the solution, CDW’s solution architects can help IT shops put together a plan for consideration by the organization. These conversations can be especially productive as organizations approach planned network refreshes.

One a proof of concept is in place, IT and business leaders can begin to see how SD-Access works in their environment. The great thing about SD-Access from Cisco is that the vendor’s DNA Center tracks and logs performance metrics, eliminating guesswork or the need to survey users about network performance. After the business sees results — and after network engineers better understand the technology — an organization might then opt to roll out SD-Access across its entire environment.

With SD-Access fully in place, networking teams will be able to look at health metrics in a way that never would have been possible using traditional, manual methods. Over time, network engineers should feel more comfortable moving away from familiar command lines and will be able to proactively support the network.