A digital transformation strategy based on the Internet of Things makes for happier, healthier and safer citizens. 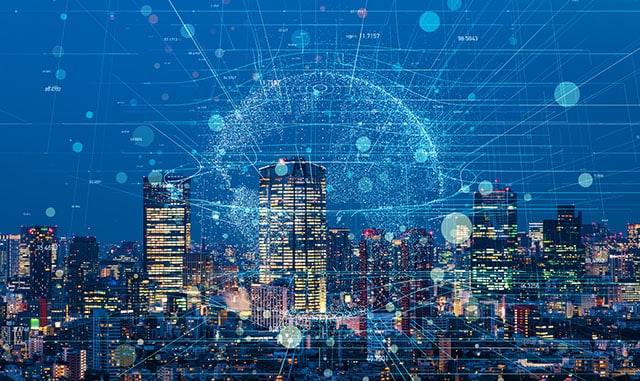 In most cities, there’s a chronic shortage of police officers and downtown parking spaces. Mounting pension obligations is one of the many reasons municipalities struggle to find enough budget to tackle those shortages, both of which undermine their ability to attract residents, tourists and businesses.

In a previous blog post, I explored how CDW is helping cities network their streetlights to cut their electric bills by 30 percent while maximizing public safety. Now let’s look at how the underlying technologies can power additional types of digital transformation — ones that stretch each budget dollar in ways that weren’t possible just a few years ago — while bringing in new dollars, too.

A mesh network connecting streetlights lays the foundation for a wide variety of Internet of Things applications. Take gunfire sensors, which are more effective than 911 calls when it comes to pinpointing the location of gunfire. With such sensors in place, short-staffed police departments won’t waste time responding to the wrong address.

The gunfire reports can be fed into the same Cisco Kinetic platform that many cities already use for managing streetlights and city infrastructure. Police, city councils and other departments can then analyze that data to make more informed decisions about their public safety initiatives.

CDW’s municipal clients also increasingly use drones — which essentially are IoT devices — to assist in both public and first responder safety. In conjunction with gunfire sensors, drones work to determine where a shooter is and whether an environment requires multiple officers.

IoT can help minimize congestion and pollution. For example, some air pollution is caused by drivers circling the street while looking for a parking space. Municipalities can use sensors in parking spaces to alert drivers to available nearby spaces via smartphone apps or vehicle navigation systems.

Cities use that data to wring the most out of their budgets — such as by identifying where a new garage would minimize circling — and maximize parking revenue in the process. This data can be useful in updating ordinances, such as the number of parking spaces that new developments must have, or in public transportation planning, such as determining where to add trolley lines and bus stops.

Businesses benefit when these types of data-driven initiatives make it easier for people to buy from or work for them. That means more tax revenue for those cities, and less need for expensive incentives to convince businesses to stay or move downtown.

Fleets also illustrate how digital transformation can leverage third-party data. The U.S. Postal Service uses IoT to track its vehicles, and it’s considering sharing that data with cities. Knowing where mail trucks are stuck in traffic or when drivers brake hard helps cities determine where to expand roads.

Reliable power, including backup systems, is key for enabling these and other benefits. And the more IoT devices a city has, the more impractical and expensive it becomes to backhaul all of that information to a data center.

The importance of edge infrastructure applies analytics to IoT data to decide, for example, whether it’s worth sending to a data center for storage. These analytics also can determine whether data warrants alerting a human, such as signaling first responders when sensors detect chlorine gas from a crashed tanker truck. This is a good example of how an IoT-powered digital transformation strategy can save not only money, but lives, too.