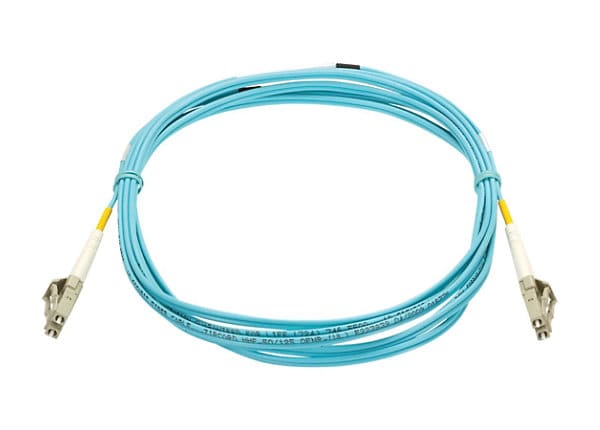 Main Features
Thinking of upgrading to 10-Gigabit Ethernet? Here's the laser-optimized 50-micron cable you want. 10-GBE is a logical extension of previous Ethernet versions and was designed to make the transition from LANs to Wide Area Networks (WANs) and Metropolitan Area Networks (MANs). 10-GBE offers a cost-effective migration for high-performance and long-haul transmissions at up to 40 kilometers. Its most common application now is as a backbone for high-speed LANs, server farms, and campuses. It also enables you to connect geographically separated LANs to new MANs and WANs via dark fiber, dark wavelengths, or SONET/ SDH networks. 10-GBE supports existing Ethernet technologies. It uses the same layers (MAC, PHY, and PMD), and the same frame sizes and formats. But the IEEE 802.3ae spec defines two sets of physical interfaces: LAN (LAN PHY) and WAN (WAN PHY). The most notable difference between 10-GBE and previous Ethernets is that 10-GBE operates in full-duplex only and specifies fiber optic media. The chart shown at right notes the differences between Gigabit and 10-Gigabit Ethernet. Migrate to 10-GBE with this cable.