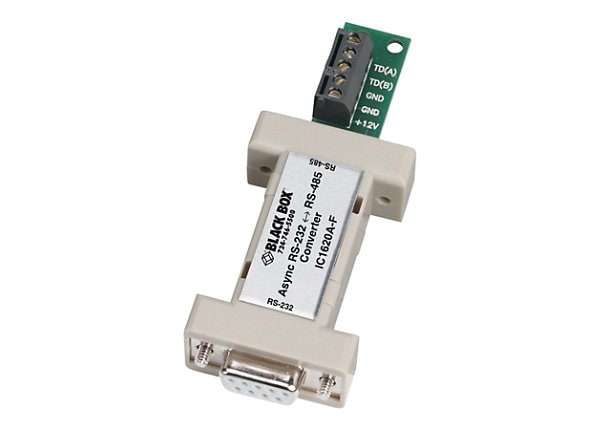 Main Features
Convert async RS232 to RS485 at speeds up to 115.2 kbps with distances up to 4000 ft. over CATx cables. Operates in half-duplex over two wires. Works with or without transmit"echo." The converter's RS-232 side has a DB9 female connector configured as DCE. The converter's RS-485 side has a terminal block. Also available in four other configurations. See Similar Products. The Async RS-232 to RS-485 Interface Bidirectional Converter, DB9 Female to Terminal Block features a DB9 female connector on the RS-232 side, and a terminal block on the RS-485 side. It converts your unbalanced RS-232 signals to balanced half-duplex RS-485 signals.