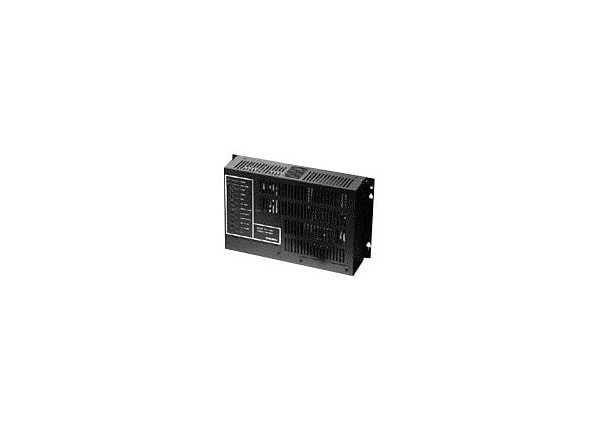 The paging channel is signal-activated and automatically mutes background music when paging from a telephone. The muting level of music during a page is adjustable, and the music gradually returns to its normal level after a page. The paging channel also has a VOX sensitivity adjustment to eliminate transmission of background noise, and features automatic output leveling to maintain constant output.

The TPU-B series incorporates the Aphex® Aural Exciter circuit to regenerate the harmonics lost during the amplification process, resulting in increased presence and clarity, increased intelligibility, greater perceived loudness (with no increase in power), and reduced listener fatigue.

Input terminals are furnished for a telephone line and Lo-Z balanced microphone. Terminals are provided for music mute (during mic page), and for activation of the night ringer. Jacks are also provided to bridge two TPU-B amplifiers to double the number of inputs and outputs