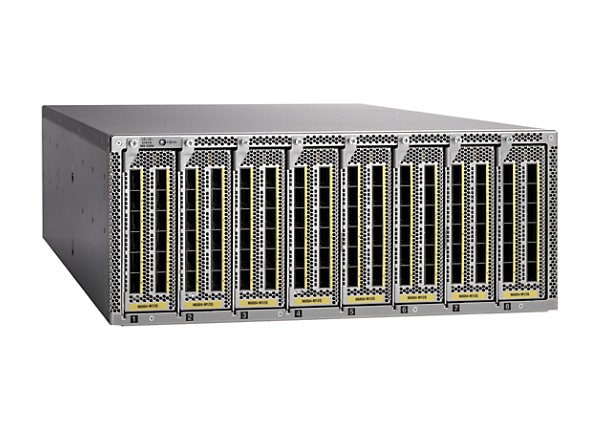 Main Features
The Cisco Nexus 6004 switch is a critical component of the Cisco Unified Data Center architecture, complementing the existing Cisco Nexus Family of switches. The Cisco Nexus 6004 offers the industry's high 10 and 40 Gigabit Ethernet and Fiber Channel over Ethernet (FCoE) port density in a compact energy-efficient form factor, with integrated Layer 2 and Layer 3 features at wire speed and low latency of approximately 1 microsecond for any packet size. It runs the industry-leading Cisco NX-OS software operating system, offering features and capabilities that are widely deployed throughout the world.