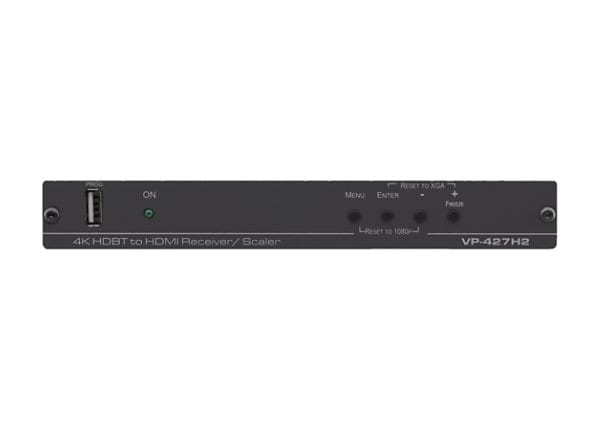 Have leasing questions? Let us know how can we help.

The Kramer VP-427H2 HDBaseT to HDMI Converter/ Scaler receives an HDBaseT signal that it converts to HDMI and passes Ethernet, IR and RS-232 signals, as well as an unbalanced stereo audio signal. It up or down scales the picture to match the resolution of the HDMI monitor. This converter / scaler supports Ethernet tunneling, as well as bidirectional tunneling for RS-232 and IR control. For easy setup and adjustment, this device features an on-screen display, which is accessible via the front-panel buttons. With the Constant Sync function, the converter / scaler maintains sync on the output, even if the input video signal is lost or interrupted.