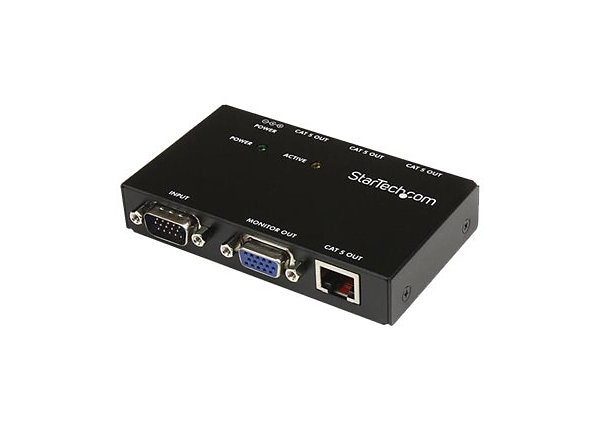 Main Features
"This 4 Port transmitter unit is designed for use with our ST121 VGA Video over Cat 5 extension series. This convenient video distribution system simplifies implementing digital signage solutions by allowing a single VGA source to be broadcast to multiple displays at up to 492 ft. (150m) away.