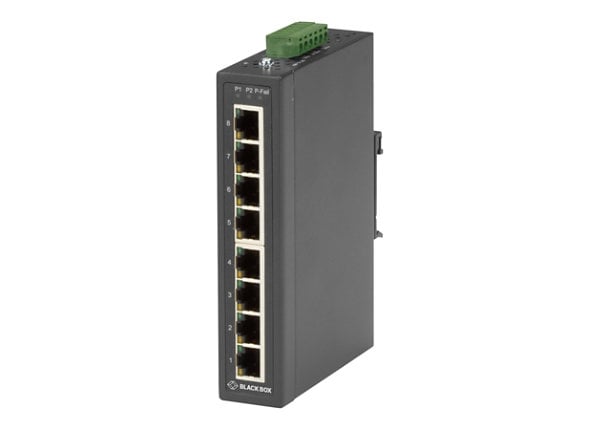 Ideal for use in harsh environments, the switch is ideal for: Security/surveillance to backhaul IP camera data; Building automation and HVAC control; M2M communications with remote stations in oil/gas facilities; Communications networks for defense and military applications; Factory automation and machine control.

The switch features 12 - 48 VDC redundant power, which is secured with a double protection mechanism: Power Polarity Reverse Protect and an Overload Current Resettable Fuse. The former tolerates reverse power wiring while the later protects the switch from overload currents.

Each port has two LEDs to show link and collision status. The switch also has a P-Fail LED which, in the event of a power failure, will activate the alarm to notify administrators.

The switch is literally plug-and-play. All ports are autosensing for speed and duplex, adjusting to the connected device automatically. They also feature Auto MDI/MDI-X, eliminating the need for crossover cables.