We no longer carry Honeywell VoyagerCG 9540 - barcode scanner (257747), but we found this replacement for you. Compare the discontinued item to the replacement item: 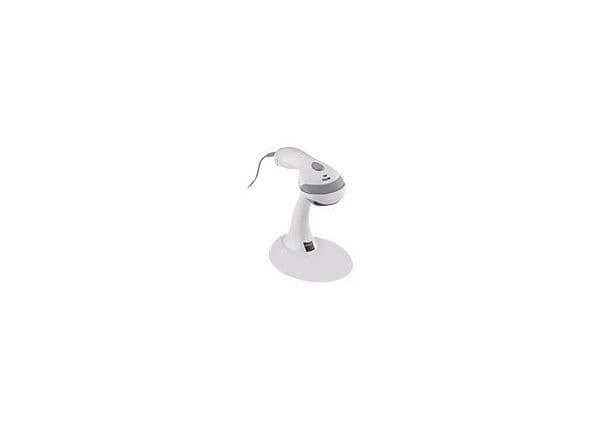 The MS9540 VoyagerCG is designed to replace triggered scanners. In doing so, Metrologic's engineering department incorporated a feature called CodeGate that makes the MS9540 more intuitive to use than a triggered scanner. Using Metrologic's patented auto-trigger, the laser is automatically activated when a bar code is presented, allowing the user to easily select the bar code. Then with a press of the CodeGate button, the data is transmitted to the host system. This unique concept makes VoyagerCG perfect for menu-scanning. When the MS9540 is placed in its stand, CodeGate can be automatically deactivated allowing VoyagerCG to be used as a fully automatic presentation scanner.

VoyagerCG includes the ability to decode the emerging Reduced Space Symbology (RSS). Industries including supermarkets, pharmaceutical, and healthcare are beginning to utiliz