After my real-world experience with the technology, I’m more excited than ever about the promise of virtual reality in healthcare. 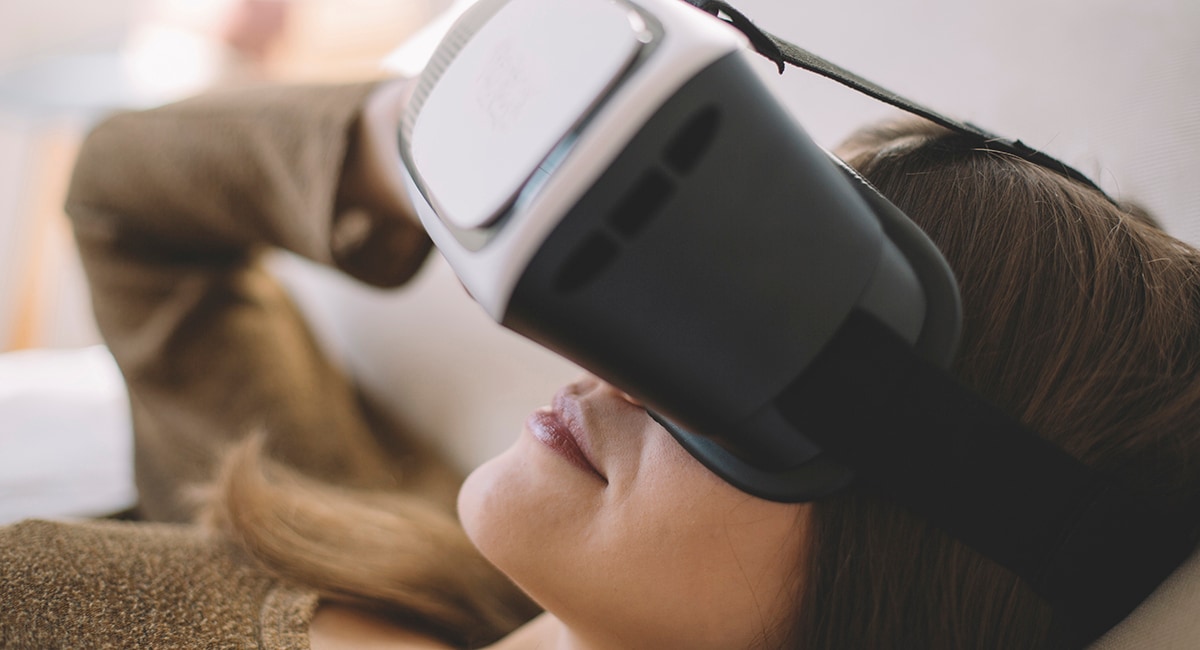 Last fall, I was preparing for major abdominal surgery that would keep me in the hospital for a week, with an additional seven weeks of recovery at home. I knew from previous experience that pain management would be a challenge, and I knew through my work at CDW that there’s growing interest in using virtual reality (VR) to help patients manage their pain.

Learn how CDW•G solutions and services can help you provide better patient care.

I decided to serve as a guinea pig, bringing an Oculus Go headset with me to the hospital to see whether it would actually help with my recovery. Here’s what I learned:

Solutions Should Be as Simple as Possible

Before I left for the hospital, I set up an account with a content provider that specializes in pain management VR apps. But after my surgery, I discovered that I had been logged out of the app. I hadn’t memorized my login credentials and didn’t bring them with me; and anyway, I was in no mood to fumble with the login process. Luckily, the app allowed me to access some content without being logged in. But for patients in pain, VR solutions should be simple and seamless. When you’re recovering from surgery, even a little bit of frustration is too much.

Hospitals are becoming more reluctant to prescribe strong painkillers as the opioid crisis continues to sweep the country. And opioids can interfere with recovery from abdominal surgery, as they slow down the process of the gut “waking up” after a procedure. So, I understood why industry insiders would be interested in a technology-based alternative to medication. But I admit that I was a little skeptical that VR would actually have a noticeable effect on my pain levels.

After I tried the solution for myself, though, I was pleasantly surprised. I mostly used breathing and meditation VR modules that virtually transported me to peaceful locales such as tropical beaches (not a bad trade from Chicago in the late fall). I still needed pain medication, of course. And I don’t think that a VR experience would have been much help if I’d already been in unbearable agony. But I often reached for my headset when my pain was around a 5 or a 6 on a 10-point scale. After about 30 minutes using VR, my pain level would come down to around a 3, and then stay there for an hour or two. The technology was so immersive that the pain became far less noticeable. Compared with recoveries from previous surgeries I’ve had, I noticed a big difference.

It was fairly simple to manage my one-person pilot, but my experience made me think about what would be needed to manage the technology on a larger scale. First, it was obvious that a stand-alone headset is a better fit for a healthcare setting than a VR solution driven by a PC. A stand-alone headset is far less clunky and is easier for patients to use in a variety of settings. Further, most hospitals would presumably want enough headsets to serve an entire floor or wing, and it would make sense to use charging carts to keep all these devices secure and ready to go.

Many Providers Are Still Unfamiliar

When the nurses came into my room and saw me wearing VR goggles, most of them were a little confused. After I explained why I was using the technology, my care providers were largely intrigued, but this small sample showed me that we in the technology industry need to better educate the healthcare sector on the potential uses of VR. My mother, a former pediatric nurse, loved the idea of using VR to distract kids when they’re receiving flu vaccines or having an IV put in. There’s a huge opportunity for VR in healthcare, but we need to bring providers up to speed before most patients can start to benefit.